Manorville Hills County Park is a newly established Suffolk County Park that is located in one of the largest expanses of open space left on Long Island - 6,000 acres of land owned and managed between Suffolk County and NYS DEC (Otis Pike Pine Barrens State Forest (formerly Navy Cooperative Area)) in the core of the Long Island Central Pine Barrens. Suffolk County maintains a small parking lot off of the Hot Water Street exit area (Google Maps) on Suffolk County Route 111 (just southest of Halsey Manor Road). Here there is access to a number of blazed trails (including the 125-mile long Paumanok Path, that stretches from Rocky Pointh to Montauk), miles of unblazed trails and woods roads, a 13 mile mountain bike trail (in conjuction with CLIMB) and a designated horse trail.

The terrain is fairly rugged (by Long Island standards) since the area was formed by the edge of the Wisconsin Stage Pleistocene glaciers. Debris (including large, seemingly randomly placed glacial erratics) was deposited around 22,000 years ago by glaciers as they stopped, melted and started receding. The Manorville Hills are located along the Ronkonkoma terminal moraine (the line of debris left at the southernmost edge of the glacier), which forms what is now the spine of Long Island and its South Fork (Geology of Long Island). The topography is considered "knob and kettle", consisting of various mounds (the knobs) and depressions (the kettles) formed when blocks of ice left behind by the glaciers melt (which may or may not be presently water-filled). 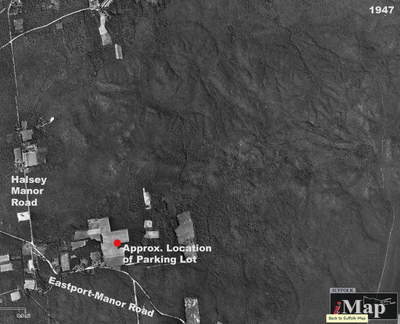 In more recent history, the Manorville Hills have been the site of a few small-scale farms, which were located along what was Eastport-Manor Road (which has been replaced with CR 111). The cleared fields are undergoing succession and are slowly returning to a more natural state. RCA had a radio tower atop Dietz Hill for a short amount of time and the remnants of the tower base, paved access road and telephone poles still remain. Old woods roads crisscross the area along with many unmarked and a few blazed trails. The area is expansive, which is great for getting away from the rush of Long Island, but can quickly turn into a maze of winding trails and narrow tracks that can soon look all the same. Make sure you know where you're going!

The following maps are for the Western section of Manorville Hills (west of Topping's Path - the N/S woods road the bisects the area). Click on each map to download a full-resolution PDF copy.

IMPORTANT NOTE: These maps are accurate to the best of my abilities. The blazed trails were tracked using a GPS device and the woods roads were referenced from aerial photography and as such, these should be fairly accurate. However, many of the non-blazed trails (including the older portions of the Paumanok Path) are estimated based on older maps and may not be as accurate in their actual geographic locations. These maps, although fairly detailed, are meant for general reference purposes. If you need a highly accurate map, the USGS topo maps are the way to go (although the ones for this area are quite old).

If you notice any discrepancies or come across trails that you think should be added, please let me know! 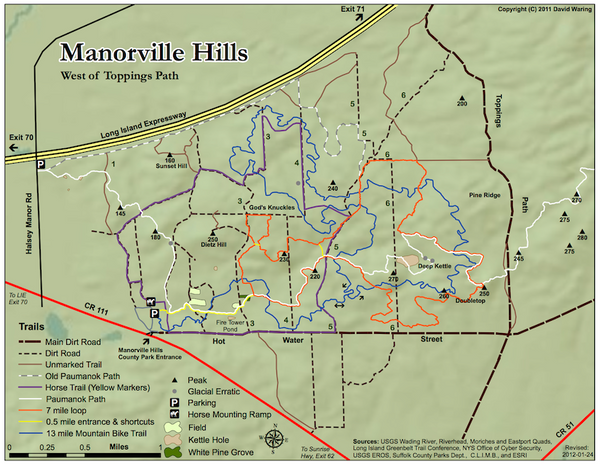 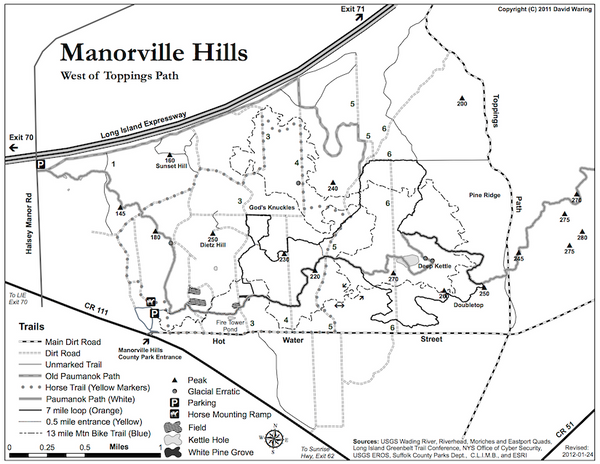 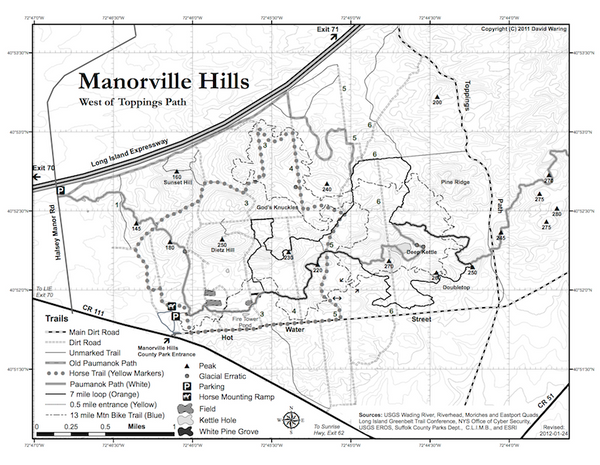 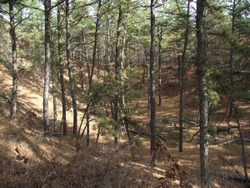 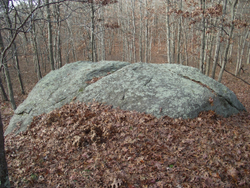 A glacial erratic along the Paumanok Path 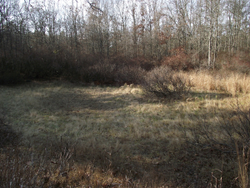 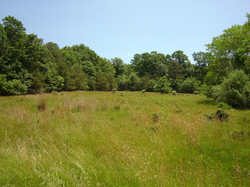 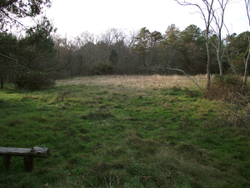 A grassy field, possibly an old farm field, along the Paumanok Path and Yellow trails 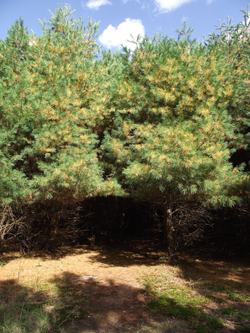 The White Pine stand along the Paumanok Path and Yellow trails 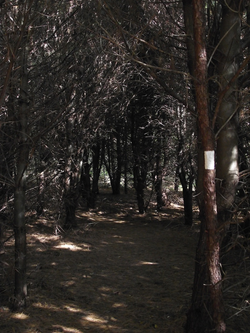 The trail goes through the middle of the White Pine stand 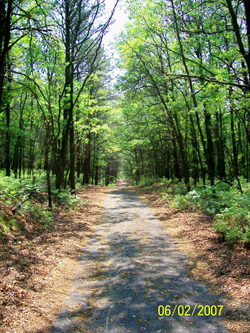 The old paved access road to Dietz Hill, where the RCA radio tower once stood 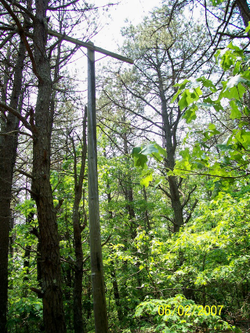 An old telephone pole still stands reunited among the trees 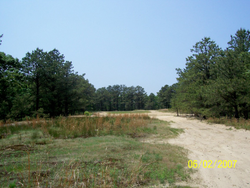 The top of Dietz Hill, where the base of the RCA radio tower once stood 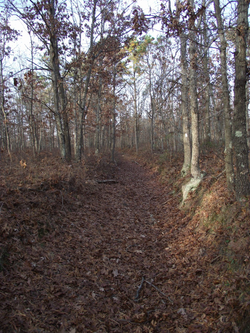